*This post may contain affiliate links. As an Amazon Associate we earn from qualifying purchases. 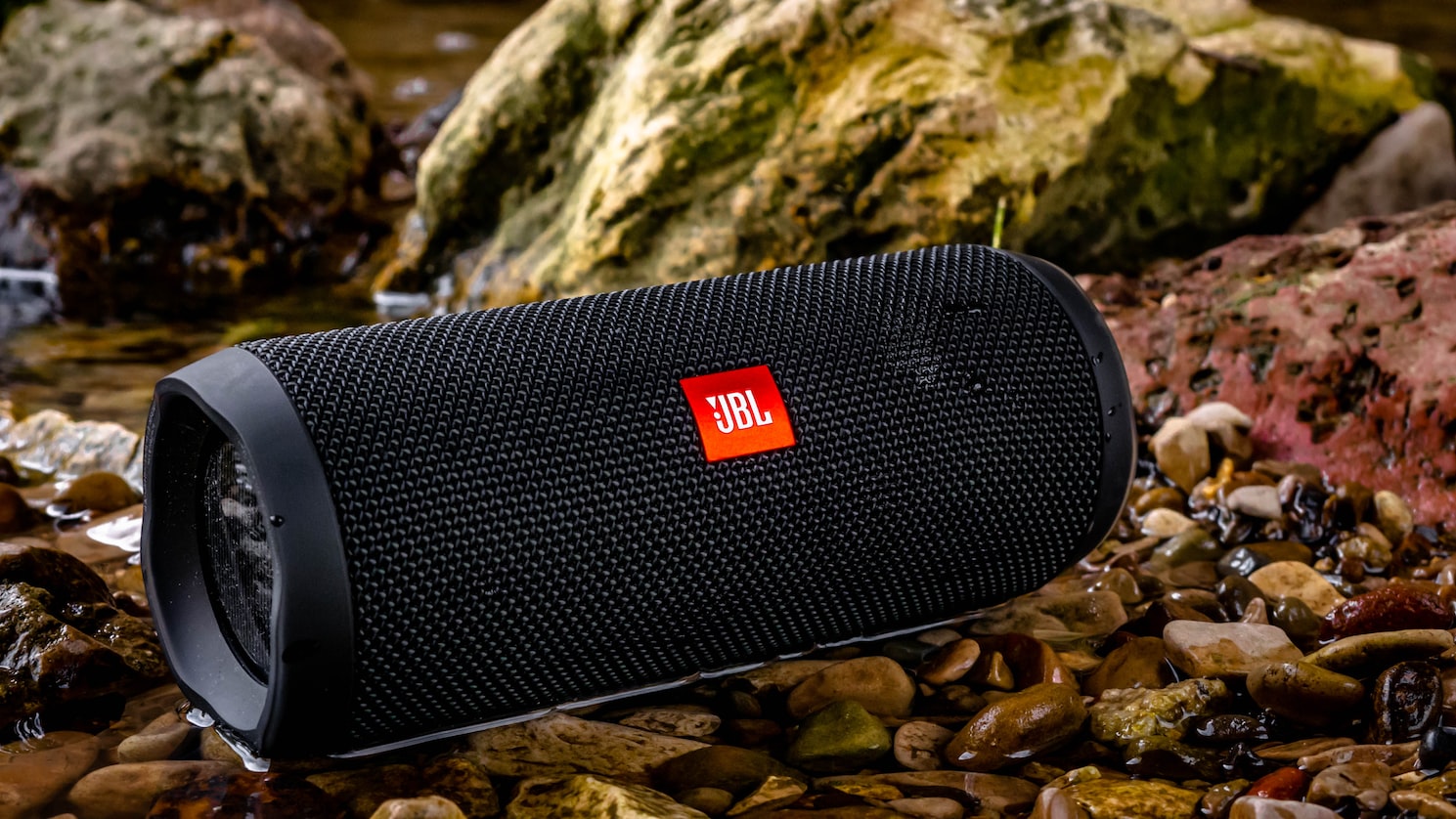 Portable bluetooth speakers are the ultimate in audio convenience. The only trouble is that there are a ton of bluetooth speaker brands out there, and many are subpar. No one wants a bluetooth speaker with poor quality sound, but one of the more common issues with these products is the volume. If you plan to use yours outside, you’ll want the loudest bluetooth speaker you can find. But which one is?

In this article, we’ll take a look at a high-quality speaker called the Ultimate Ears MEGABOOM 3 and compare it with a few others so see how it stacks up and whether it has the sound you need.

What Is the Ultimate Ears MEGABOOM 3?

The Ultimate Ears MEGABOOM 3 is a portable waterproof speaker that sets itself apart from the competition in a few ways. For starters, its sound quality is top-notch. The MEGABOOM 3’s cylindrical design allows it to blast sound in 360 degrees, filling up an entire room with deep, rich sound. It has above-average bass for a portable speaker, and to top it off it’s waterproof and made from rugged military-grade material. It also has a feature called Party Up, which enables users to link multiple MEGABOOM 3s together for even more sound. 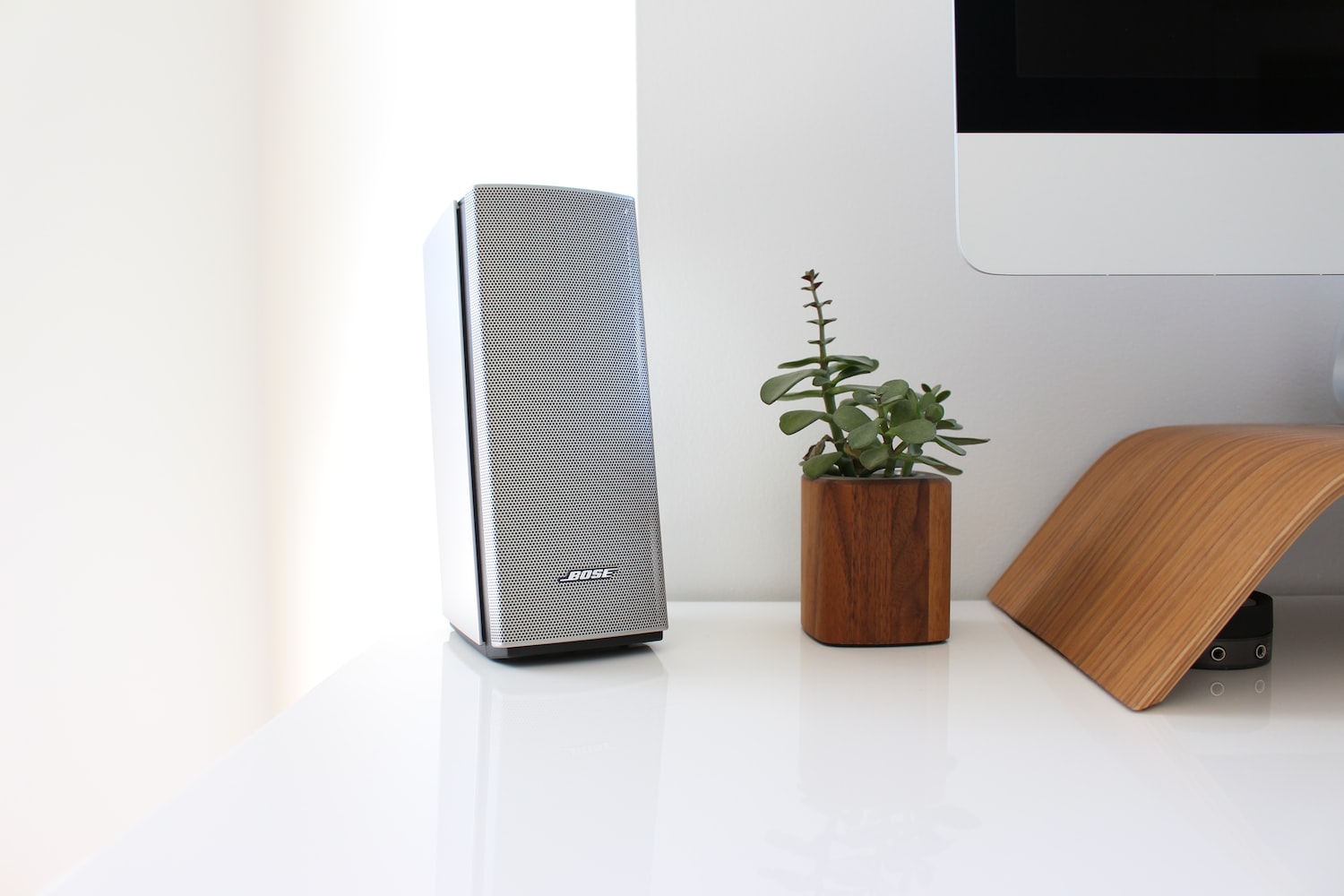 With clear highs and mid-ranges and booming bass, you’ll get a lot of sound out of this speaker. The 360-degree sound output also makes it ideal for filling up outdoor areas with sound, and you can crank the volume up with almost no distortion. If you’re looking for the absolute loudest bluetooth speaker, it’s going to be tough to beat the MEGABOOM 3.

The specs on the Ultimate Ears MEGABOOM 3 are impressive. It comes with an IP67 waterproof rating, so feel free to use it poolside or at the beach. Its battery can last for a whopping twenty hours on a single charge. The sound quality is excellent, and you can use the Ultimate Ears app to adjust settings like bass and treble to your liking.

Its maximum sound pressure level is ninety decibels, so you’re unlikely to find yourself wanting more volume. It also features a “Magic Button” that, using Apple Music or Deezer, allows you to access your favorite playlists with just one touch. 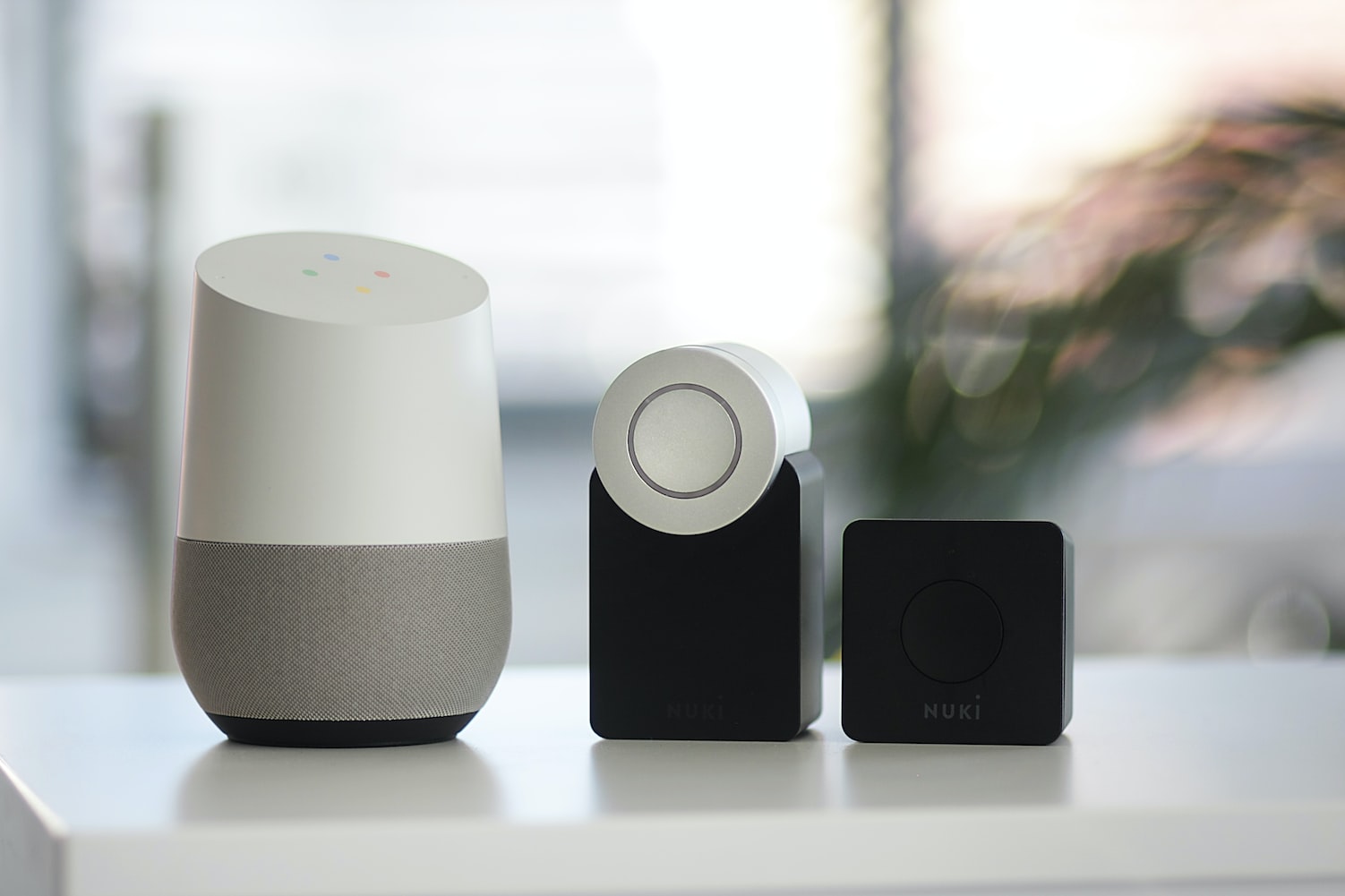 The Ultimate Ears Megaboom 3 can be found on Amazon for around $200. This is well within the expected price range for premium-quality bluetooth speakers. 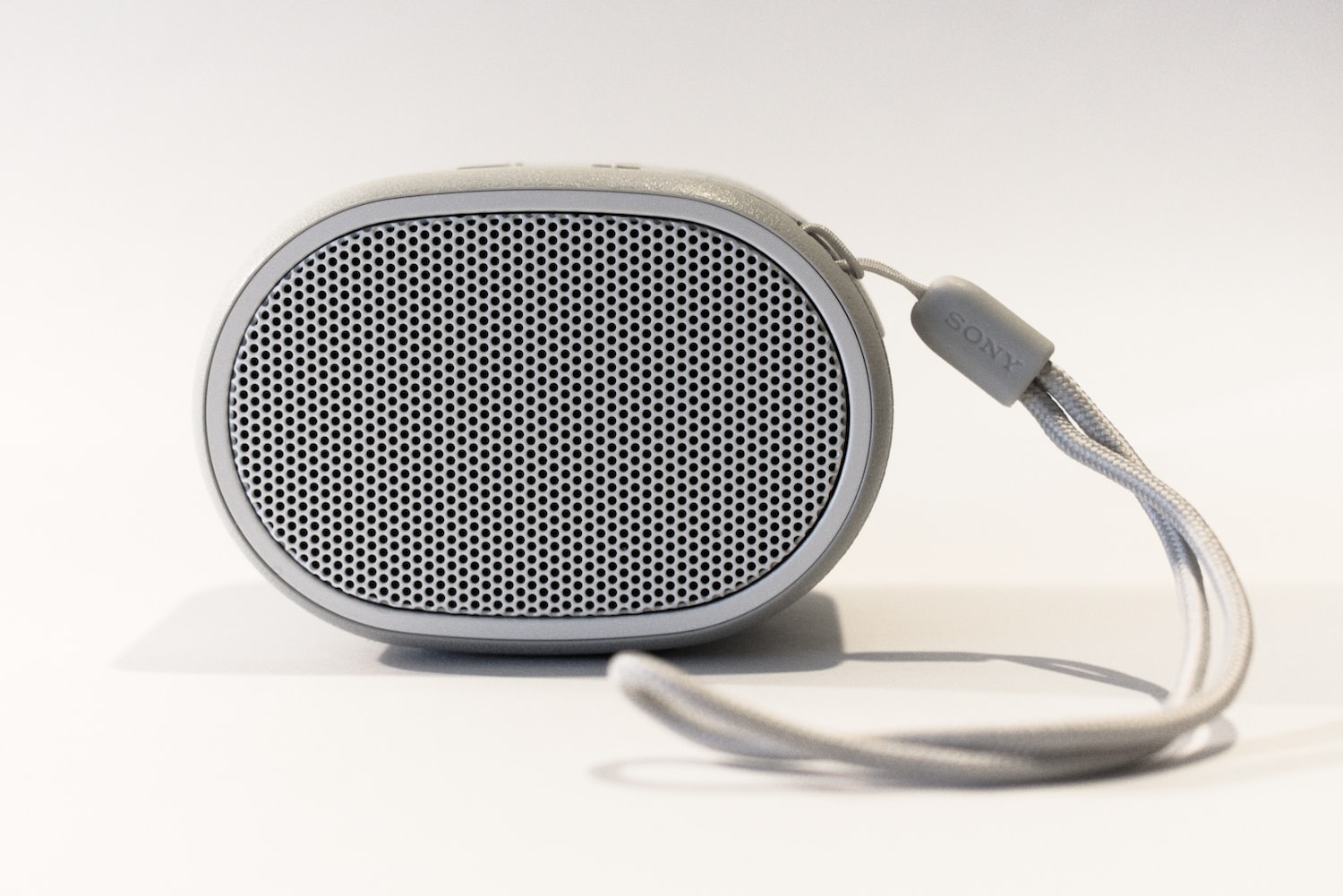 We picked a few other speakers to see how they compare to the MEGABOOM 3.

The MEGABOOM 3 claims a battery life of twenty hours, so it will last through your whole pool party and then some. It also comes with a unique charging stand: just set the speaker on the stand and walk away; no fiddling with cords necessary.

With a maximum volume of ninety decibels and the ability to output sound in 360 degrees, you won’t be wanting for volume with the MEGABOOM 3.

The MEGABOOM 3 is about the size of two cans of pop stacked on top of one another, and a little wider than that. It’s easy to grab and take with you on any adventure, and it won’t weigh you down at just 2.9 pounds. In addition, its rugged construction makes it able to withstand some punishment. Its IP67 rating means it’s safe from both water and dust, so you can be confident it’s safe in just about any environment.

The MEGABOOM 3 comes with a two-year limited hardware warranty.

The AOMAIS GO is a powerful 30-watt bluetooth speaker that sells for a rock-bottom price. Its two 15-watt drivers and passive bass radiators enable it to reach triple the volume of other bluetooth speakers in its price range. Like the MEGABOOM 3, you can like two AOMAIS GO speakers together for a whopping 60 watts of sound. Just one AOMAIS GO can easily fill a room with sound, but with two you can take the party outside.

This speaker features a durable, suitcase-like design, with a handle at the top for added portability. It’s also rated IPX7 waterproof, so using it at the pool is no problem. It lacks the MEGABOOM 3’s dustproof rating though, so take care if you bring it to the beach.

The AOMAIS GO also has a handful of cool, unique features to its name. It can be paired with a microphone and used as a portable public announcement speaker, for example, and even has karaoke mode for when the party gets really crazy. It has an audio input jack as well, so you can hook it up to your record player or any other device that doesn’t offer wireless playback. All in all, the AOMAIS GO is a great speaker at a low price, and it may very well be the loudest bluetooth speaker in its price range.

The AOMAIS GO can last for a whopping thirty hours at 50% volume on a single charge. The battery is so beefy that this speaker even features a USB hookup and can be used as a portable power bank to charge your phone when you’re on the go

This speaker offers thirty watts of sound, or about 45 decibels at maximum volume. Link two AOMAIS GO speakers together and you can reach 60 watts of sound output, and it all sounds great with crisp bass and clear middles and highs. It’s certainly not as loud as the MEGABOOM 3 and lacks that product’s 360-degree output, but it’s also around a quarter of the price of Ultimate Ears’ speaker.

All that volume and power comes at the price of portability. Tipping the scales at over four pounds, the AOMAIS GO isn’t exactly heavy, but you’ll certainly notice that you’re lugging it around. The speaker itself is about the size of a small boombox, but the built-in handle makes it easy to carry with you. The IPX7 waterproof rating means it can remain fully submerged for up to a half hour, but it’s not dustproof.

The AOMAIS GO comes with a one-year warranty which, for a product at this price point, is pretty good.

The Creative Soundblaster Roar 2 is deceptively loud for how small it is. This highly portable, sleek little speaker features five drivers as well as two amps rather than the standard one. The first amp powers lows and mids, while the second handles the highs. The result is clear, loud, sound that can be enhanced with the use of the ROAR feature. This unique feature digitally increases sound and widens audio output.

The unique design of the Creative Sound Blaster Roar 2 allows for two orientations for use. Users can lay it flat to blast sound upwards, filling a whole room, or they can rest it on its side for more directed sound. It also packs some highly unique features, including a built-in MP3 player, a voice recorder, and even a speakerphone function. If you’re looking for a loud, versatile living room speaker, the Creative Sound Blaster Roar 2 is a solid bet. It’s not the loudest bluetooth speaker on this list, but it’s more than loud enough for most.

At eight hours, the Sound Blaster Roar 2 has significantly less battery life than its two competitors above. Still, eight hours is nothing to sneeze at, and the Roar 2 can also function as a battery bank for your phone.

With two amps, the sound quality on the Roar 2 is solid for the price range. The volume is also great in part thanks to the ROAR feature, which digitally boosts volume beyond what the drivers and amps can do on their own. The ability to orient it up or on its side adds some nice versatility to this speaker’s sound output.

It doesn’t have a handle, nor is it water- or dustproof. It’s small and weighs in the neighborhood of three pounds though, so as long as you’re careful and don’t plan to put it to work outdoors very often, it’s extremely portable.

Creative offers a one-year limited warranty on the Roar 2, which is acceptable for this price range.

JBL is a well-known brand in the portable speaker space, and with good reason. Their Boombox bluetooth speaker is one of the best on the market. Boasting sixty watts of power, it’s twice as loud as the AOMAIS and may be the loudest bluetooth speaker overall. Its bass packs a real punch, and it can fill a whole room with ease without any distortion.

Built to last, it’s rated IPX7 waterproof and can take a beating without any ill effects. With four active transducers and two bass radiators, you’d almost assume you’re using a dedicated subwoofer when you use it.

If you’re looking for the loudest bluetooth speaker with great sound quality, a rugged build, and top-notch bass response, the JBL Boombox might be the choice for you. Unfortunately, it’s going to cost you, as this speaker is the priciest on our list, more than doubling the cost of the MEGABOOM 3.

The JBL Boombox can last for a full day of playback at forty watts on a single charge. Like a few other speaker on this list, it can double as a battery bank for your smartphone and other devices.

Maxing out at a whopping sixty watts, this speaker can blow the roof off a room and certainly fill your next pool party with thumping bass. The quality is great; even jacked all the way up there’s no distortion to be found.

It has excellent battery life and is compact, with a handle to make carrying it around easy. The IPX7 waterproof rating means it’s safe to use by the pool or in the rain. The only knock against the JBL Boombox here is its weight; at over six pounds it’s the heaviest speaker on this list, so if you’re carrying it around all day you’re sure to notice.

While the Boombox carries a one-year warranty similar to the low-priced speaker on this list, we would have expected better given that this is an expensive, high-end product.

The Roar 2 and the AMOAIS GO, meanwhile, don’t have quite the lungs of their higher-end competitors, but the price tradeoff will be worth it to some. In the end, we give the MEGABOOM 3 a 4.5/5 rating compared to the other choices on the market today.

As any tech-head will tell you, cool is in the beholder's eye. So when searching for cool devices, it's a personal choice that starts with the question, 'What are you in to?' Here are ten of the...

There are times where a single computer monitor just isn't enough of a digital workspace. Sometimes you might want more room while playing video games or perhaps you're editing videos and you'd like...

I love all of the new technology, but with how fast it all comes out, sometimes I still have questions on how to do something.
I created this website to share with you all of the top technology as well as answers to questions that I have had myself. I am here to help you achieve your dreams and become technologically advanced without all of the hassle.